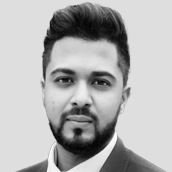 The trend of the very wealthy opting either to invest offshore or to depart South Africa, both financially and physically, has seen an uptick in recent years. It has become increasingly common for high-net-worth individuals to have an emigration roadmap prepped for a rainy day, and even to start proactively with the capital migration process as a plan B.

In recent months, what may very well further exacerbate this situation are the ongoing talks pertaining to a wealth tax, the implementation of a social security system, the risk of increasing capital gains taxes, which currently stand at only 18%, the possibility of increasing estate duty above the existing 25% and retirement tax, which is capped at 36%. All while dealing with a top marginal tax rate of 45%. There is not much left for the legacy of a high-net-worth individual once they have suffered 45% income tax on top of which their estate suffers an additional 25%.

Uncovering the true tax burden on the wealthy

While the South African government often shares how relatively balanced the country’s tax burden is compared to other locations, this speaks only to the top-level theory of tax rates and not the true tax burden. A true comparison also considers the options for a taxpayer to reduce their tax burden through deductions or exemptions, and here South Africa offers very little to no incentives. An additional layer of cost is that high-net-worth individuals must pay privately, from after-tax monies, for costs that should be provided for by their initial high tax burden.

Over the last decade, approximately 4,500 high-net-worth individuals have opted to leave South Africa in search of greener pastures and more favorable tax regimes. Their exodus can also be directly linked to the capital migration concern, in conjunction with the infamous ‘brain drain’ — not just wealth but critical wealth-generating skills are being lost.

Many wealthy individuals are opting for investment migration, which enables them to invest or move wealth and capital assets offshore, with the nature of the investments being country dependent, and subject to a minimum threshold. Once the qualifying criteria have been met, the investment is seen as an injection into the target country’s economy or infrastructure and permits the investor residency or citizenship in the chosen jurisdiction.

It is human nature to do what is best for your family, and it is especially concerns regarding the future of the next generation that appears as one of the primary drivers. This includes protecting hard-earned money against tax regimes that may be construed as more punitive than progressive.

South Africa employs a residency-based taxation system, and tax residents must declare and pay tax on their annual worldwide earnings. SARS has sharpened its focus on this type of taxpayer, utilizing local third-party information gathering and international agreements to investigate the full complement of their global asset holdings and income streams.

As the government faces mounting pressure to collect revenues from a shrinking tax base, high-net-worth individuals are increasingly being targeted as ‘the lowest hanging fruit’. Many such individuals are not leaving South Africa due to a lack of business opportunities, as this is certainly not the case, but rather to protect their financial futures.

The unfortunate knock-on effect is that while migration is to the benefit of the respective high-net-worth individual, it is to the detriment of the country as a whole and the South African fiscus in particular. Unfortunately, we do not see a short-term reversal of this trend, and it appears very little has been done to promote the attractiveness of South Africa — at least not when compared to the efforts of other countries.

Even though we see many South Africans returning home or becoming so-called ‘swallows’ who divide their time between countries, a second citizenship and the associated passport gives them freedom of movement and proactive tax planning on international principles, achieves far greater efficiencies, and gives a protected position against local law changes.