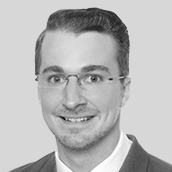 Elections can be a divisive time, and in some countries more than in others. The Philippines is constantly swinging between populist and reform regimes. With the outcome of the most recent election finalized, there is no argument — democracy has spoken, and the country is continuing with another populist president. Those who did not vote for the current regime may have few positive sentiments about the next six years of nation building.

Elections see enquiries surge in Australia and the Philippines

Henley & Partners often sees a spike in business around election time, no matter which country. This has certainly been the case in the Philippines and Australia in 2022, both of which went to the polls in May. By mid-June we had received almost 90% of the total 2021 enquiries from citizens of both countries. Filipino families are generally looking for options that will open doors for their children in the future, while Australian investors see the value in domicile diversification in the wake of the pandemic after experiencing some of the world’s strictest border closures. The Portugal Golden Residence Permit Program, giving eventual access to European citizenship, remains a top choice in both countries (and throughout the region).

Another country where interest is soaring is New Zealand, where mid-2022 enquiries had exceeded total 2021 enquiry levels by 35%.

Singapore on the rise

Singapore is experiencing an influx in migration, taking in many disillusioned expats from Hong Kong (SAR China). The post-Covid surge in immigration combined with an increase in interest rates has pushed the housing market to a near all-time high with no prospect of cooling any time soon. Alluding to the fact that Singapore is a city space perceived to have little room to expand, Prime Minister Lee Hsien Loong no doubt echoed the sentiments of many developed world leaders in a recent Facebook post:

“Singaporeans sometimes worry that we will run out of space in future, that housing will not be available and affordable. No need to worry – we have done our studies and planning. There will be enough space for future generations. Our problem is not finding the space to build enough flats, nor keeping the flats affordable for Singaporeans, it is having enough babies to grow up and live in them!”

With this influx in expatriate migration to Singapore comes an increase in the elite class setting up family offices under the 13O and 13U Tax Incentive Schemes. Singapore remains an attractive destination for Family Office setup as well as Southeast Asian headquarters.