Health as the New Wealth: How the Asset Class of Longevity Will Become the New Norm for Citizen and Corporate Migration 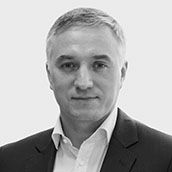 Dmitry Kaminskiy is a co-founder and managing partner of Deep Knowledge Group — a consortium of commercial and non-profit organizations active on many fronts in the realm of DeepTech and Frontier Technologies (Artificial Intelligence (AI), Longevity, Precision Medicine, FinTech, GovTech, InvestTech), ranging from scientific research to investment, entrepreneurship, analytics, policy, and philanthropy.

In the next few years, several technologically advanced, small, smart states will emerge as global competitors in the development of unified longevity industry ecosystems. Some will focus on specific sectors, while others will seek to create so-called Longevity Valleys: fully integrated hubs encompassing the entire scope of the industry (including biomedicine, tech, and finance).

Five years from now we can expect to see a ‘new normal’ of small, technocratic nations that selectively promote both personal and institutional citizenship to individuals, companies, and investors committed to advancing longevity-related technologies in exchange for access to some of the world’s most sophisticated and progressive healthcare, life insurance, MedTech, HealthTech, Longevity FinTech, AgeTech, and WealthTech ecosystems. These products and services will enable the simultaneous maintenance of ‘healthspan’ (extended periods of healthy life in which individuals are free from age-related diseases for as long as possible) and ‘wealthspan’ (extended periods of financial wellness and stability), and ensure the highest possible quality of life, social activity, mental wellness, and overall functionality.

Longevity policy as a new political priority of the 21st century

Increasing numbers of governments are beginning to formulate and execute national industrial strategies to facilitate the synergetic development of four main sectors and driving forces of longevity industrialization (namely, advanced biomedicine, AgeTech, AI, and the longevity financial industry) with the goal of reversing the global aging demographic trend and transforming the challenge of aging populations into the opportunity of healthy longevity.

The longevity industry has reached a point where politics has become an important factor. The political, economic, and industrial capital that governments control is larger than that controlled by any other industry stakeholder or participant (companies, corporations, investors, and so on), and the stakes are proportionately higher given that governments are tasked with maintaining and optimizing the health and wealth of their nations.

A paradigm shift from ‘age-friendly’ to ‘longevity-friendly’ cities

Today we see the development of so-called ‘age-friendly’ cities and towns, encompassing a set of urban planning guidelines that are supportive of aging populations. However, the towns and cities whose municipal authorities have made this commitment currently amount to little more than high-end retirement communities.

In the not-too-distant future, ‘age-friendly’ cities will be superseded by ‘longevity-friendly’ cities that combine all facets of the longevity industry, empowering elderly and middle-aged individuals physically, mentally, socially, and financially. Whereas age-friendly cities can be considered as good places to which to retire, longevity-friendly cities will emerge as ideal locations where people can remain professionally, mentally, socially, and economically active for as long as possible.

Today, the concept of so-called ‘tax havens’ and ‘wealth shelters’ (regions offering optimized incentives to help citizens and corporations save and manage their wealth more competitively than other regions) dominates citizen migration and relocation. As the ‘health as new wealth’ paradigm gains traction among high-net-worth (HNW) individuals and the global investment community, we will see the ascendance of regions that promote both individual and institutional migration and relocation on the basis of prioritizing both health and wealth simultaneously.

While the majority of practical outcomes in healthy human longevity will be driven by precision health technologies, they will also require an assembly of other, non-biomedical components, including financial products and services such as InsurTech, AgeTech, HealthTech, and WealthTech. Progressive financial corporations are already onboarding the topic of longevity in significant ways. In 2018 UBS bank conducted a survey among its HNW clients and found that 50% planned to live past the age of 100 years. It stands to reason that such clients will require a far longer horizon of financial planning and specifically designed financial products.

Within the next decade, we will witness the tax and wealth preservation havens of today transform into the longevity and WealthTech havens of tomorrow, with citizens, investors, and companies alike choosing to relocate to longevity-progressive regions that offer their citizenry access to the best longevity tech-ecosystems and wealth-optimizing products and services available, guaranteed by the state rather than by private corporations.

One year ago, Aging Analytics Agency, the Deep Knowledge Group’s longevity-focused analytical subsidiary, produced a special case study and ranking of longevity progressiveness among 50 regions, and this project serves as a good basis for considering which regions are most likely to become the longevity shelters of the future.

I personally can envision three categories of such states, two of which already exist. The first consists of large, economically developed countries such as the UK and Japan that are onboarding longevity to neutralize the economic burden of their aging populations. The second comprises smaller but still very technologically, medically, and economically developed countries such as Singapore and Switzerland that are industrializing longevity to leverage their existing strengths and assets to promote economic growth and prosperity.

However, I believe that there is also room for a third category: smaller states that lack the extensive economic, technological, and advanced healthcare infrastructure of the countries in the first two categories but that remain committed to guaranteeing their citizens access to the top technologies and services at the intersection of Health and WealthTech — in some cases by providing them domestically and in others by providing out-of-country access to specific sets of services physically located in nearby countries. These will likely be small, flexible states like Andorra, the Bahamas, the Isle of Man, and Liechtenstein, for example, that are physically proximal to larger technological, medical, and financial hubs.

As the world becomes increasingly digital and virtual, and as the technologies themselves — having the greatest short-term impact on both healthspan and wealthspan — become increasingly digital, accessible, and commoditized, the possibility of becoming a wealth and health haven comes within reach of more and more countries whose competitive edge will come less from their internal healthcare infrastructures and more from their governmental guarantee to provide citizens with the best products and services that can help them live to 100 years and beyond.