Home to many great works of art and architecture, Italy’s strategic location in the heart of the Mediterranean Sea makes it an ideal place to live. Italy is a founding member of the EU and the third-largest economy in the eurozone. Italian residents enjoy high standards of living, education, and healthcare, and a unique quality of life.

Download the Italy factsheet from the residence tab to find out more about the program. Alternatively, contact us directly for any specific questions.

As a globally recognized tourist destination with major cities including Milan, Rome, and Venice, Italy attracts hundreds of thousands of tourists every year.

Living in Italy — An Overview

The birthplace of the Renaissance, Italy is a country steeped in culture and history. Boasting over 50 UNESCO World Heritage Sites, Italy has more than any other country and showcases some of the greatest treasures the world has to offer. Located in the middle of the Mediterranean Sea, Italy stretches from the Italian Alps in the north to several exquisite islands in the south that are popular with holidaymakers from across the globe.

Italy is a founding member of the EU and NATO, and it has the fourth-largest economy in Europe. As a globally recognized tourist destination with major cities including Milan, Rome, and Venice, Italy attracts hundreds of thousands of tourists every year. In addition to its popular urban attractions, historic sites, and black-pebbled beach tourism, visitors are attracted to the country’s fine food and wine and thriving arts scene.

In terms of geographical positioning, the country is bordered by France, Austria, Switzerland, Slovenia, the Vatican City, and San Marino, and its languages include Italian, German, French, and Ladin, which is spoken in Northern Italy. Almost four fifths of Italy are either mountainous or hilly. The biggest islands in Italy are Sicily (also the largest island on the European continent) and Sardinia, while smaller islands include Capri, Elba, and Ischia. The University of Bologna, thought to be the world’s oldest university, founded in 1088, is found in Italy.

With its capital city Rome referred to as the ‘Eternal City’, Italy is renowned for being home to some of the world’s most important historical figures. Influential thinkers and scientists such as Galileo Galilei and Alessandro Volta were born in Italy, and key global artistic figures like Dante, Da Vinci, and Michelangelo were also from Italy. Travelers such as Amerigo Vespucci, Christopher Columbus, and Marco Polo, who were the first Europeans to tour the Americas and the East, respectively, were also of Italian nationality.

The country’s 60 million population is only a two-and-a-half-hour flight from London and an eight-hour distance from New York. 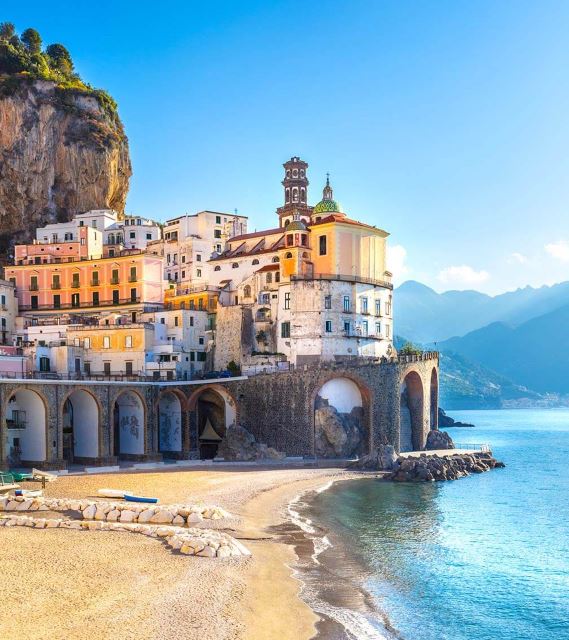