The Hashemite Kingdom of Jordan is strategically positioned at the crossroads of Asia, Africa, and Europe and is a stable, business-friendly location. Jordan strikingly combines the ancient and the modern worlds, from its historic archaeological site of Petra to its capital Amman, the country's economic, political, and cultural center.

Download the Jordan factsheet from the citizenship tab to find out more about the program. Alternatively, contact us directly for any specific questions.

Capital city Amman is characterized by its diverse people and varied architecture, and Jordan is a relatively calm country in a tumultuous region.

Named for the Jordan River, which passes on the country’s western border, the Hashemite Kingdom of Jordan is one of the most politically liberal countries in the region — committed to stability and peace.

The Southwest Asian nation gained independence from the UK in 1946 and is a key ally of the USA. Jordan also holds good relations with its neighbors in the region; it is a member state of the League of Arab States and has a peace treaty with Israel.

The influence of many eras of different civilizations on the land is evident in Jordan’s several intricately designed mosques and varied architecture — traditional with geometric designs — as well as its Gold Market, Spice Market, and various handicrafts. Folk visual art (tapestry, embroidery, leather, pottery, ceramics) and a modest film industry add creative character to this traditional nation.

Located in the Northern Arabian Peninsula, Jordan is almost completely landlocked, and prospective investors are in a key position to benefit from the kingdom’s close proximity to Saudi Arabia in the south and Israel to the west — allowing for an expanded business and investment landscape.

Capital city Amman is a major commercial and transportation center in the region (with the Port of Al-‘Aqabah lying on the coastline). Amman is also a key Arabic cultural center and Jordan is, therefore, integral to the Arab world.

Although the natural landscape is the desert (Syrian, part of the Arabian Desert) and accounts for four-fifths of the country’s land mass, the climate is affected by the Mediterranean Sea close by and varies from Mediterranean to the west and desert in the east and south.

The kingdom’s population mostly consists of Jordanians, four-fifths of whom reside in urban areas, particularly Amman, Al-Zarqāʾ, Irbid, and Al-Ruṣayfah. The nation’s life expectancy is around 75 years, and the crime rate is relatively low.

The second-largest population group is Palestinians. Notably, Jordan is the only Arab country to grant citizenship status to Palestinian refugees on a wide scale. The nation also provides sanctuary to Syrian and Iraqi refugees who fled the Syrian Civil War and Iraq War, respectively.

The Jordanian economy is relatively small but well-diversified. This emergent market has plenty of potential for investment.

Trade and finance make up one-third of the nation’s GDP, and the services sector (retail sales, public administration, defense) accounts for most of the employment opportunities for citizens and residents. The primary exports in Jordan include clothing and chemicals and chemical products, with export destinations among Iraq, nearby Saudi Arabia, and the USA, while main importers include China, Saudi Arabia, the USA, and the European Union.

The nation is reliant on tourism and attracts visitors from around the world. Foreign nationals visit the nation to tour the many historical religious sites. The ancient biblical kingdoms of Edom, Gilead, and Moab lure thousands to the kingdom. The ancient Roman city of Petra lies in Southern Jordan and holds UNESCO World Heritage Site status. One of the famous Wonders of the World, Petra is also known as the ‘Rose City’ or the ‘Red City’ for the hue of the stone used to build the city.

The art scenes in Amman, Irbid, and Jaresh boast museums, theaters, and the annual Jerash Festival of Culture and Arts. Held in July every year, the festival was established in 1981 by Queen Noor and is recognized as one of the largest cultural activities in the region. The festival features visual and performance art shows by Jordanian, Arab, and foreign artists ranging from pop music to ballet to spoken word poetry to theater productions. Jaresh city is a preserved ancient Roman citadel with original amphitheaters and, in July, its ruins come alive with festivity.

The Jordan National Gallery of Fine Arts features a collection of contemporary Arab sculptures, paintings, and ceramics. Jordan has no shortage of UNESCO World Heritage Sites, with the ancient ruins at Petra, Qaṣr ʿAmrah, and Umm al-Rasas all holding such status. There are also several archaeological museums located throughout the country.

Both locals and tourists can enjoy trekking the Dana and Wadi Araba desert and hiking the famous Prophet’s Trail. Camel and horse riding in the Wadi Araba is also popular, and adventure-seekers can opt for a jeep ride or a hot air balloon experience instead. Not all activities involve the deserts though. Water sports in the Red Sea include snorkeling, diving to sunken ships for treasure, water skiing, paragliding, and windsurfing.

The nation’s airports, chief among them being Queen Alia International Airport near Al-Jīzah (south of Amman) and Amman and Al-ʿAqabah’s smaller international airports, allow for ultimate ease of travel into and out of the kingdom. 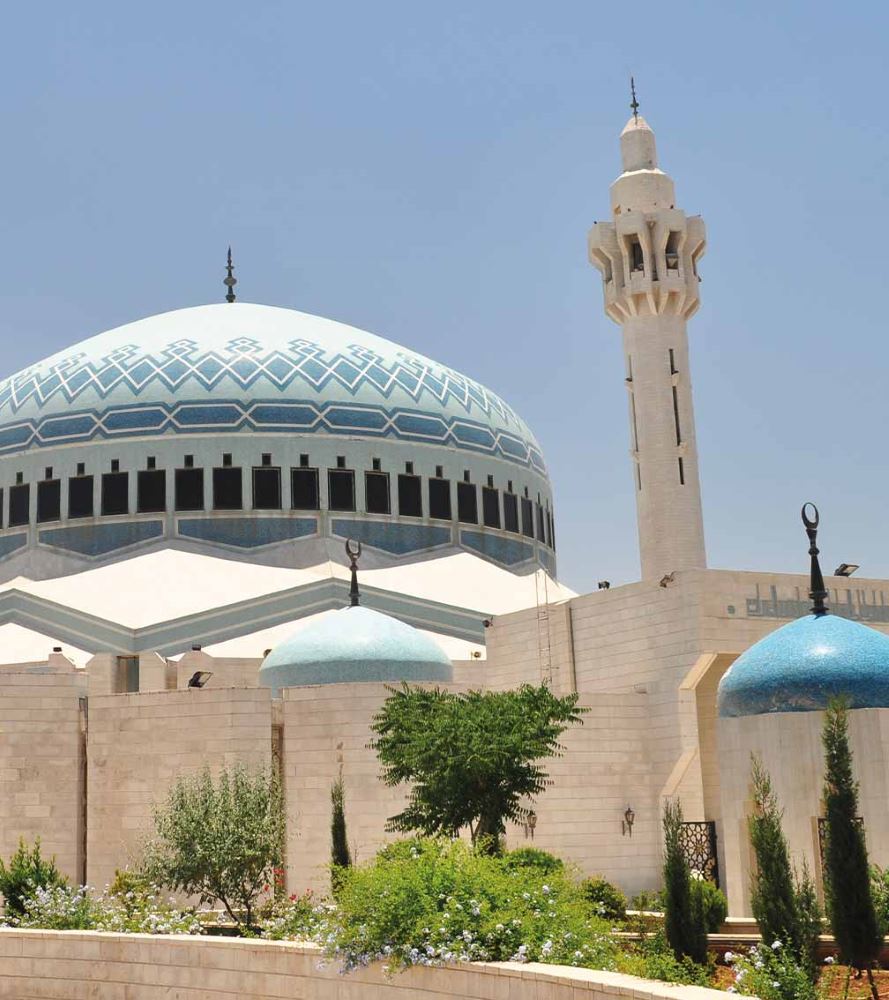