Located in Southeast Europe, the Republic of North Macedonia is surrounded by picturesque rivers and scenic, lush mountainous areas. Its growing economy and excellent agriculture and trade opportunities are attractive to investors and businesspeople. The people of North Macedonia enjoy a culturally rich lifestyle influenced by the arts and local tradition as well as a civil law system.

Download the North Macedonia factsheet from the citizenship tab to find out more about the program. Alternatively, contact us directly for any specific questions.

The people of North Macedonia enjoy a moderate Mediterranean climate and culturally rich lifestyle, with excellent opportunities for trade and investment.

The Republic of North Macedonia benefits from being located at a key intersection of transportation routes, particularly the north–south route from the Danube River to the Aegean Sea, and the famed east–west trade routes connecting the Black Sea and Istanbul with the Adriatic Sea. This pro-Western government favors a civil law system that both natural-born citizens and citizens by investment can look forward to.

North Macedonia is a largely mountainous area, with the highest elevation at Mount Korab (2,752 meters) on the Albanian border. Closer to the Šar Mountains in the northwest, the country is covered in lush forest areas. The many fertile valleys provide a promising agricultural investment landscape.

The country enjoys a moderate continental climate overall, with the eastern region tending to have milder winters and hotter, drier summers than the western region.

The nation takes pride in the Macedonian language and culture and has invested greatly towards them not only through education but also through the theatrical, filmic, literary, and other art forms. The local cuisine boasts a mix of Mediterranean, Balkan, and Turkish influences.

In the mid-1990s, Macedonia attracted new trading partners, and the economy began to flourish. Though its gross domestic product declined temporarily at the turn of the 21st century, it quickly recovered. The country also weathered the worldwide economic downturn that began in 2008 better than many other countries.

North Macedonia’s economy now depends on agriculture and trade, with the country’s primary trading partners being Bulgaria, Germany, Greece, Italy, Romania, Serbia, and the United Kingdom. The country’s main exports are iron and steel, clothing and accessories, and food products. Impressively, the economy can meet its own basic food, coal, and hydroelectric power needs.

The government’s free economic zone (FEZ) policy was created to encourage domestic and foreign direct investment. Since then, more than a dozen geographically disparate FEZs have emerged from this policy, including the benefit of a 10-year tax holiday. The nation’s low tax rates (10% personal and corporate income tax and 18% general VAT rates) and FEZ policy attract foreign investors who boost the economy through foreign direct investment.

North Macedonia is one of the most investor-friendly free economies and ranks among the top 20 countries in the world for ease of doing business.

The land is rich in minerals, with deposits of antimony, copper, chromium, gold, iron, lead, manganese, nickel, silver, and zinc — some of which are used in the manufacturing industry, which contributes about 15% of North Macedonia’s GDP.

Other key industries include: 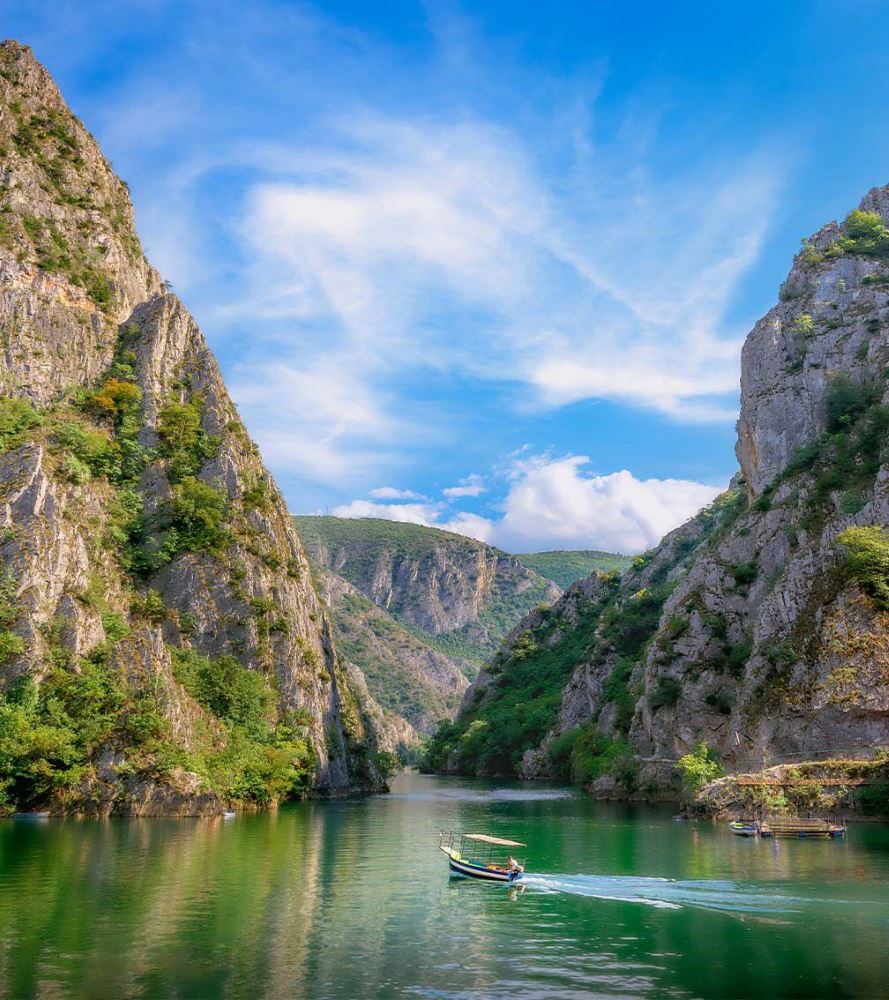