Strategically positioned between Central and South America, Panama is a global center for international banking. Significant seaborne trade — the result of the Panama Canal, connecting the Atlantic and Pacific oceans — offers investors access to the global commercial goods markets, from the USA to East Asia, Europe, and Oceania.

Download the Panama factsheet from the residence tab to find out more about the program. Alternatively, contact us directly for any specific questions.

Panamanian residents are afforded the prime opportunity to tap into not just the American commercial goods markets but also those across the globe due to its efficient transportation hub.

Panama has the strategically advantageous position of bordering the sea and the ocean: the Caribbean Sea lines the north of the country and to the south is the Pacific Ocean. Furthermore, Colombia lies to the southeast and Costa Rica to the west, allowing for ultimate interconnectivity.

The nation itself is located on the Isthmus of Panama, the narrow bridge of land that leads from North America to South America.

Colonized by Spain in the 16th century, Panama gained independence in 1821 and is a founding member of the United Nations.

The rich natural landscape is varied, featuring a total of five different ecosystems including a range of rainforests and a desert, as well as several beaches dotting both the Caribbean Sea and Pacific Ocean coastlines — all of which are in driving distance of the capital city. The 3.4-meter-high Baru Volcano, located in Chiriqui province, is the highest point in the country and the 12th-highest peak in Central America. The volcano is the only place in the world where visitors and locals can see both the Atlantic and Pacific Oceans at the same time. Due to the land’s rich volcanic soil, Chiriqui is home to one of the world’s most expensive coffee varieties, geisha coffee.

Bocas Del Roco province, on the other hand, boasts a chain of islands in the Caribbean Sea and is where residents can experience true Caribbean flair. With a tropical rainforest, the Nivida Bat Cave, and 95% of the Caribbean coral species found in Bocas del Toro, the landscape in this province is relatively untouched.

A testament of the province and country’s commitment to ecological integrity and sustainability, Bocas Del Toro boasts a natural laboratory for evolutionary study and climate change, as well as Panama’s first Mission Blue Hope Spot, a program that focuses on the rehabilitation and preservation of the marine ecosystem.

Seven different indigenous communities thrive in Panama. The country showcases its African heritage and Spanish influence in its cities, towns, gastronomies (both traditional and modern), and lifestyle. Its capital Panama City is a cosmopolitan hub of modern architecture and traditional bungalows.

Vibrant music and creative handicrafts can be found in the city’s historic district, Casco Antiguo. Known as the ‘Old Quarter,’ Casco Antiguo is a UNESCO World Heritage Site that features the country’s historic churches, the Plaza de Francia, which highlights French influences on the nation, and celebrated museums such as Museo de Canal and Museo de la Mola.

According to the World Bank, Panama had one of the strongest growth performances in Latin America and the Caribbean (LAC) before the economic crisis caused by the COVID-19 pandemic. The country’s economy grew by 4.7% on average from 2014 to 2019, while the LAC’s economy grew by 0.9%.

Panama is a member of the United Nations General Assembly, the Organization of American States, and the Latin American Economic System, among many other international financial institutions.

The 65-km-long engineering marvel of the Panama Canal is one of the most strategic transportation hubs of the world. The canal connects the Atlantic and Pacific oceans and allows for efficient and significant seaborne trade across the world — not just across the American commercial goods markets but also those worldwide, from the USA to East Asia, to Europe, to Oceania.

The Panama Canal, which is just a 15-minute drive from downtown Panama City, is one of the 7 Wonders of the Modern World. It is known as “the door to the seas and key to the universe”. Ships take eight to ten hours to travel through the canal — a much more efficient time frame to travel across the Caribbean Sea and Pacific Ocean compared to how long travel took before the canal’s construction.

This high-income country enjoys its emergent status as a commercial and financial services center for the region, with banking, commerce, and tourism as growing industries that attract foreign investors worldwide. 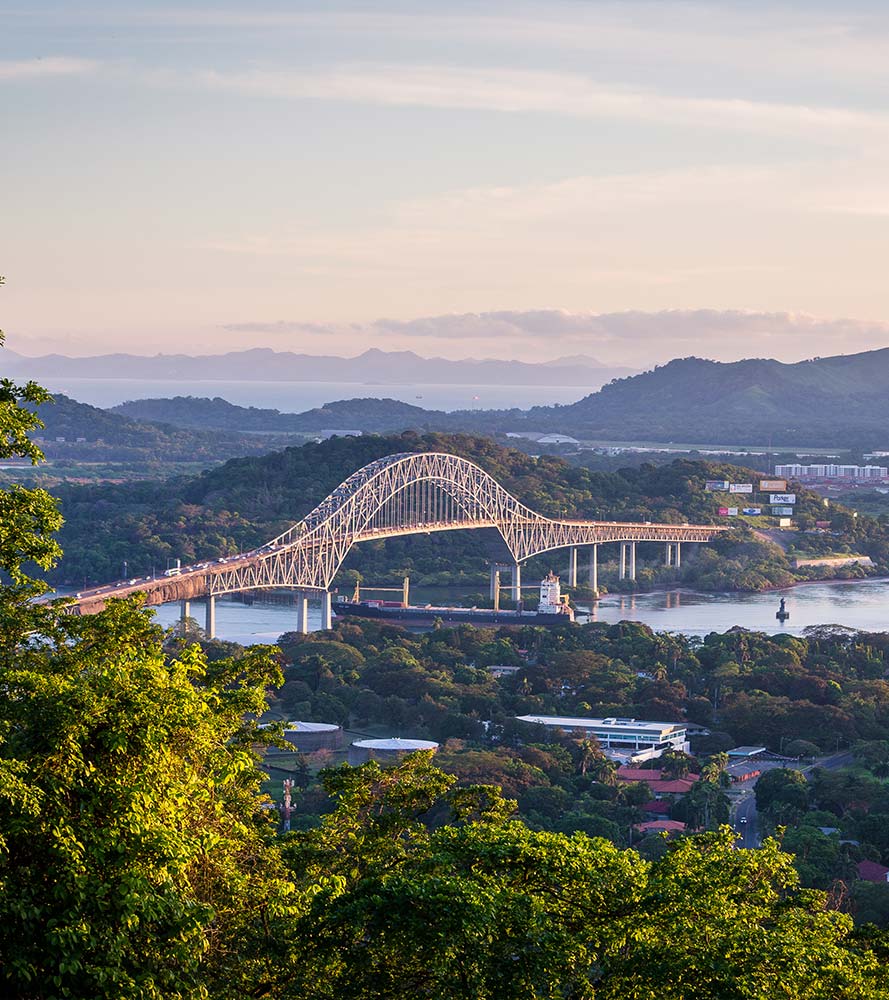