Türkiye is a major transcontinental country strategically positioned and bordered by three seas. A popular tourist destination, Türkiye’s location facilitates connectivity with key markets via excellent transport links. Although Ankara is its capital, the leading global city of Istanbul is Türkiye’s largest and is its main commercial and cultural center.

Download the Türkiye factsheet from the citizenship tab to find out more about the program. Alternatively, contact us directly for any specific questions.

Linking both the European and Asian markets, Türkiye is a melting pot of cultures, with frenzied markets, towering
mosques, imperial residences, and a lively art and musical entertainment scene.

An Overview of Türkiye

With the economic, cultural, and historic central city of Istanbul embracing Europe and Asia on the Bosphorus Strait, Türkiye is a transcontinental country that benefits significantly from its geostrategic location.

From breathtaking Mediterranean vistas to the eastern steppe, peppered with ancient ruins, Türkiye’s diverse landscape and wide range of activities draw visitors from across the globe each year. A former stop along the Silk Road, Türkiye is steeped in rich cultural history with the Romans, Byzantines, and Ottomans all having left their indelible marks, evident in the world-famous ruins and monuments.

As a democratic, constitutional republic, Türkiye has become increasingly integrated with the West through its membership of organizations such as the Council of Europe, NATO, the OECD, and the G20 major economies. It has also fostered close cultural, political, economic, and industrial relations, particularly with the Middle East and the Turkish states of Central Asia, through the Organization of the Islamic Conference and the Economic Cooperation Organization.

Türkiye began full membership negotiations with the EU in 2005, having been an associate member of the European Economic Community since 1963 and having reached a customs union agreement in 1995. The country’s currency is the Turkish lira, and the official language is Turkish.

The Turkish passport provides its holders with visa-free or visa-on-arrival access to 110 destinations worldwide, including Hong Kong, Japan, and Singapore.

Successful applicants can enjoy citizenship of a country that boasts a mild Mediterranean climate, beautiful scenery, and a high standard of living. They also gain access to a transcontinental Eurasian country that is a stable economic, financial, and political hub between Europe, Western Asia, and the Middle East.

Full citizenship is granted to the applicant and included family members. Furthermore, successful applicants are eligible for an E-2 Investor Visa in the USA for a five-year renewable period. 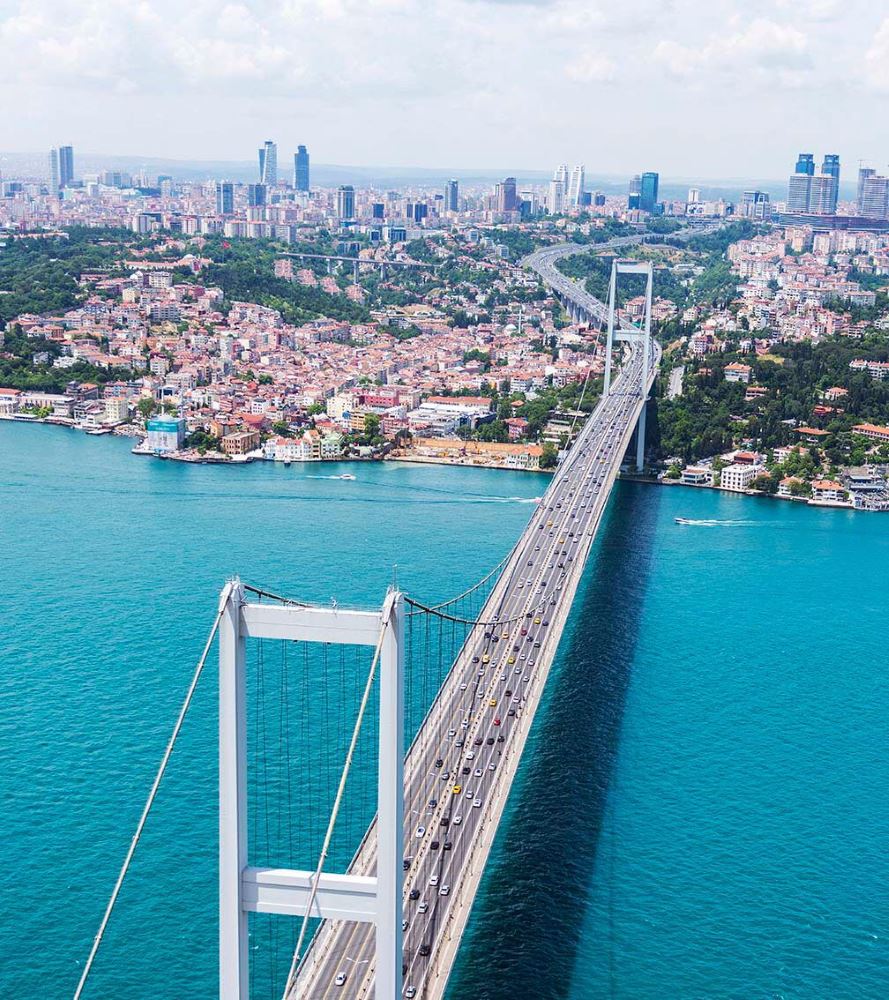