UK-born Alix Sharkey studied art history and began his writing career with street fashion magazine i-D. During almost four decades in journalism, he has contributed hundreds of features on fashion, media, travel, and related subjects to numerous British titles including The Guardian, The Observer, The Sunday Times, The Daily Telegraph, Harper’s Bazaar, and Tatler. For two years, he wrote a weekly column for The Independent, and then moved to Paris where he contributed to European titles such as Courrier International and Die Weltwoche. In 2001, he became an Irish citizen via his maternal ancestry, and in 2004 wrote the text for Dries Van Noten 01-50: A Golden Anniversary, a retrospective of the Belgian fashion designer’s first 50 runway shows, before moving to Miami Beach. After a short spell in Brooklyn, he relocated to Los Angeles in 2009, where he worked in advertising and taught grammar and critical reading at a local preparatory school. In 2017, he became a US citizen, and in 2021, he published the true crime memoir My Brother the Killer: A Family Story, before moving to Barbados for a year. He currently resides in New York, where he is ghostwriting the memoir of a major Wall Street financier. 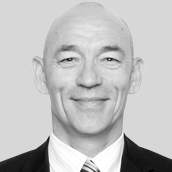