Sven Odia began his career at Engel & Völkers in 1997. After completing his training as a real estate agent, he became an independent license partner at the age of 22 and set up the very first real estate shop on Mallorca, in Port d’Andratx. In 2006, Sven was appointed to the management board of Engel & Völkers AG, and between 2006 and 2014 he played a key role in the international expansion of the group.

He was invited to jointly manage the company as co-CEO with Christian Völkers in 2014. In this role, he was responsible for all operational business including global expansion, the opening and management of the market centers, and digital transformations. Since August 2020, Sven has been the sole CEO of the international Engel & Völkers Group. Besides real estate, his passions include polo and entrepreneurship. He lives between his hometown Hamburg and his Finca on Mallorca. 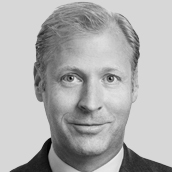