The Antigua and Barbuda Citizenship by Investment Program was designed and implemented by Henley & Partners under a government mandate in 2012. The program is appealing to applicants seeking alternative citizenship through acquiring desirable properties or by contributing to the islands’ National Development Fund.

Download the Antigua and Barbuda factsheet from the citizenship tab to find out more about the program. Alternatively, contact us directly for any specific questions.

The Eastern Caribbean island of Antigua and Barbuda is known for its lush tropical climate and inviting lifestyle.

An Introduction to Antigua and Barbuda

Antigua and Barbuda is an independent Commonwealth state in the Eastern Caribbean. Antigua is 14 miles long and 11 miles wide and its flatland topography was well-suited to produce its early crops of tobacco, cotton, and ginger. The main industry, however, developed into sugar cane farming, which lasted for over 200 years. Today, following its independence from Britain in 1981, Antigua’s key industry is tourism and related service industries. The next largest job-creating sectors are the finance services industry and the government.

With some 365 beaches of clean, clear, turquoise waters, the lush tropical island of Antigua is an inviting paradise and considered to be one of the most beautiful places in the world. As a result, tourism is the key driver of GDP and generates around 60% of the island’s income, with key target markets being Canada, Europe, and the USA.

Antigua has experienced a challenging economic environment in recent years. However, the government has been credited with its implementation of the National Economic and Social Transformation Plan and a debt restructuring effort. One of the initiatives to support the island nation's economy is the introduction of a citizenship by investment program, for which Henley & Partners has played a significant role in advising and assisting the government on the program’s design, implementation, and international placement.

Antigua’s commitment to serving its tourism industry and increasing its GDP is demonstrated with the airport expansion project, which is worth USD 45 million and includes three passenger jet bridges and more than two dozen check-in counters, creating an overall higher efficiency for passenger arrival. It will also allow an increase in scheduled, charter, and inter-island flights. In addition, direct flights to Antigua from London, New York, Miami, and Toronto are available regularly.

The currency is the Eastern Caribbean dollar (ECD), which is pegged to the USD at a rate of 2.70. Antigua is a member of the British Commonwealth, CARICOM, the Organisation of American States, and the United Nations, among many other international organizations. Holders of the Antiguan passport enjoy visa-free or visa-on-arrival travel to 150 destinations, including the UK and the countries of Europe’s Schengen Area. Holders of this passport, like all Caribbean countries, require a visa to enter the USA as the nation is not a member of the USA Visa Waiver Program. 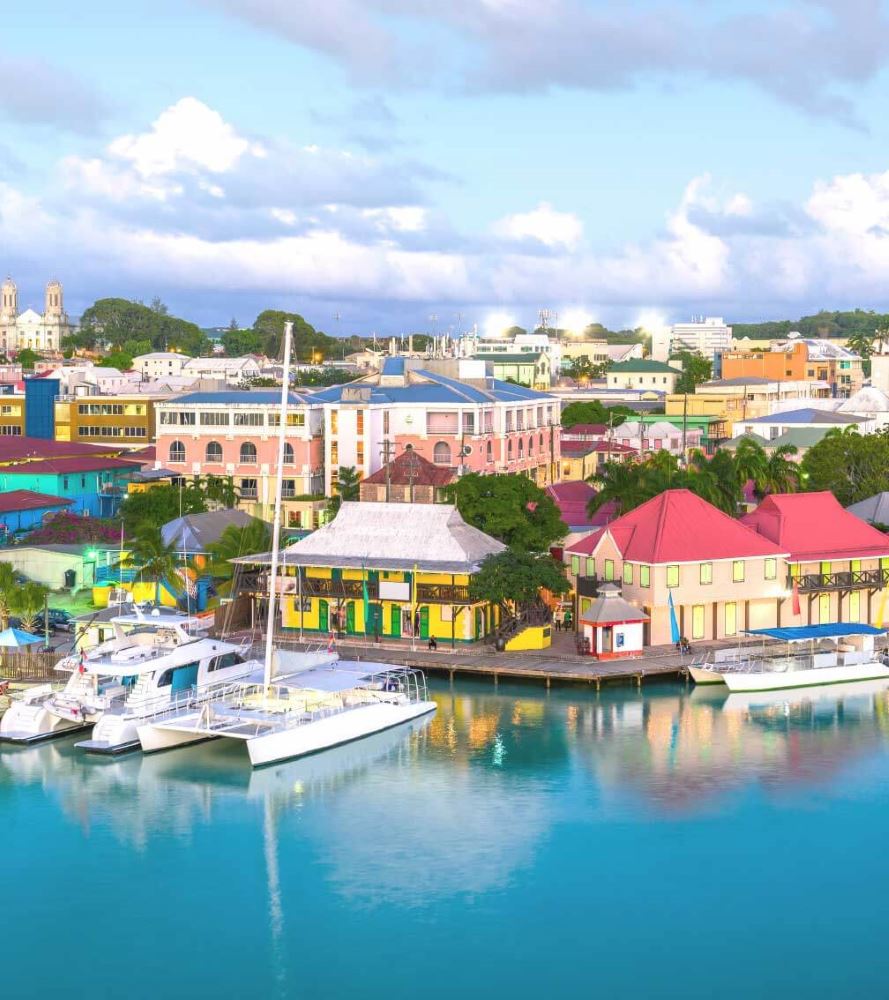