One of the most beautiful islands in the Caribbean, the Commonwealth of Dominica established its citizenship-by-investment program in 1993 to boost its investment. Dominica is a former British colony and a member of the Commonwealth of Nations, the UN, the Organization of American States, CARICOM, and other international organizations.

Download the Dominica factsheet from the citizenship tab to find out more about the program. Alternatively, contact us directly for any specific questions.

The Commonwealth of Dominica is an English-speaking island state often referred to as the ‘nature island of the Caribbean’.

Dominica has a pleasant climate, particularly in the cooler period between December and March. Travelers have described Dominicans as being the friendliest people in the Caribbean, a claim supported by the country’s almost non-existent crime rate. Because of the mountainous terrain, only about a quarter of the island is cultivated, but the rich soil produces good domestic and export crops. Organic agriculture is encouraged and has great economic potential.

Its citizenship-by-investment program was established in 1993 to boost the country’s largely agriculture-based economy. In recent years, and through an increase in real estate investments, the country’s economy now relies heavily on tourism. The island’s 750 km2 are home to over 74,000 inhabitants, with around 3,000 being the last surviving native Carib people in the Caribbean. Dominica boasts an almost non-existent crime rate and the currency is the Eastern Caribbean dollar, which is pegged to the USA dollar. 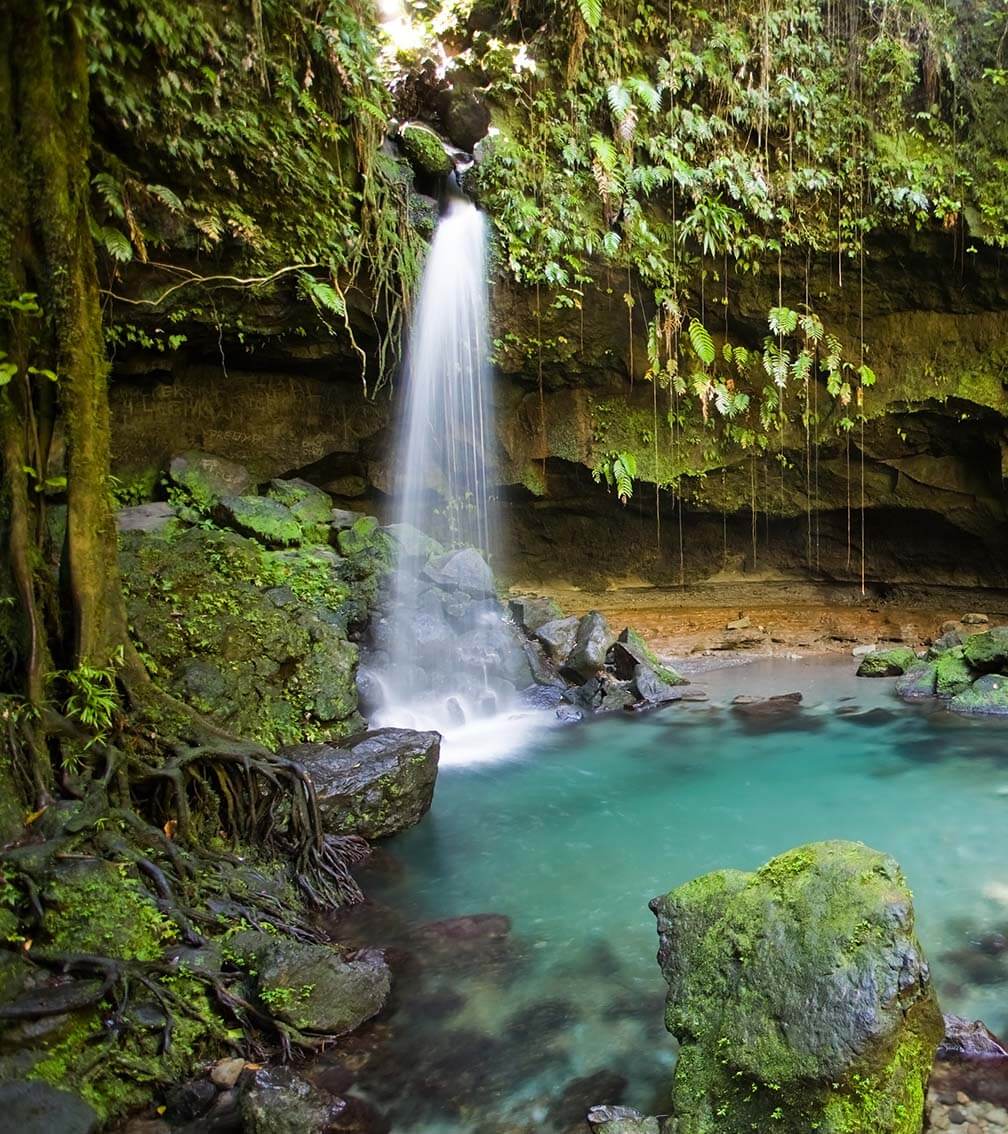