Joel Nagel is an expert on offshore banking, international trusts, and asset protection in foreign jurisdictions. He has decades of experience working in global markets as a lawyer, diplomat, fundraiser, strategic consultant, and philanthropist. In addition to serving as Belizean Ambassador to Austria, Slovenia, Croatia, and the United Nations, he has sat on more than 20 corporate boards and directly supported many philanthropic initiatives in Central America.

Nagel is the founder and managing partner of Nagel & Associates, LLC. The Pittsburgh-based firm was the first in Pennsylvania to specialize in legal structures and corporate strategies for international jurisdictions, becoming a preeminent resource for helping clients succeed using global strategies.

Nagel is therefore a popular speaker at workshops and conferences around the world, guiding audiences through the intricacies of setting up legal structures that will enable them to live, conduct business, and protect their assets abroad. He has been featured in numerous publications, including the Pittsburgh-Tribune Review, U.S. News & World Report, and the Pittsburgh Business Times.

After receiving a Fulbright Scholarship to study at Rheinische-Friedrich Wilhelms University in Germany and at The Hague Academy of International Law in the Netherlands, Nagel completed his LL.M. at Georgetown University and began working for the Chief Counsel for International Commerce at the US Department of Commerce. He then relocated to Europe, serving as law clerk to the European Communities in Brussels.

Joel Nagel has led numerous large-scale foreign investment projects. Working on behalf of a major US bus company, he initiated its first distribution facilities in Africa and Central America. He also managed the development of beautiful and reputable resorts in Nicaragua and Belize, which have become favorites for Americans looking to invest abroad.

In addition, Nagel has always made time to be involved in community initiatives, particularly at the Rotary Club, where he served as the Pittsburgh district's president, governor, foundation chairman, and Rotary International's presidential representative. 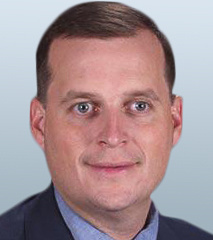