Justice Malala is an award-winning journalist, newspaper columnist, author, and entrepreneur. Mr. Malala’s work has been published internationally in newspapers such as the Financial Times, Forbes, Institutional Investor, The Age, The Guardian, The Independent, The Observer, The Telegraph, The Wall Street Journal, The Washington Post, and the Toronto Globe and Mail. He has also contributed to BBC Online, CNN Online, and Deutsche Welle. He is the resident political analyst for e.tv and eNews Channel Africa and he presents a weekly political talk show, The Justice Factor, on eNCA. Mr. Malala has given talks and rendered political advisory to numerous international and South African institutions. He is a judge on South Africa’s most prestigious investigative journalism award, the Taco Kuiper Awards for Investigative Journalism. He was awarded the Foreign Correspondents Association Award for Courageous Journalism in 1997. He was named by the New Yorker magazine as one of the eight most fascinating Africans of 2012 along with Rwandan President Paul Kagame and Malawian president Joyce Banda. 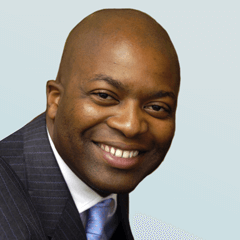