Simon Anholt has advised the governments of 55 countries over the last 20 years, helping them engage more effectively with the international community. His mission is ‘to make the world work better’.  He also publishes the Good Country Index, which ranks countries by their contribution to humanity and the planet, and in 2016 launched the Global Vote, enabling anybody in the world to vote in other countries. Anholt’s TED Talk launching the Good Country Index has received nearly 6 million views, and he has authored five books about countries, cultures, and globalization. 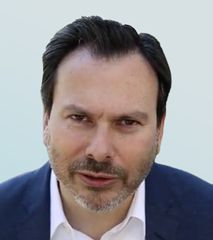