Dual Citizenship Enhances Mobility in the Age of Uncertainty 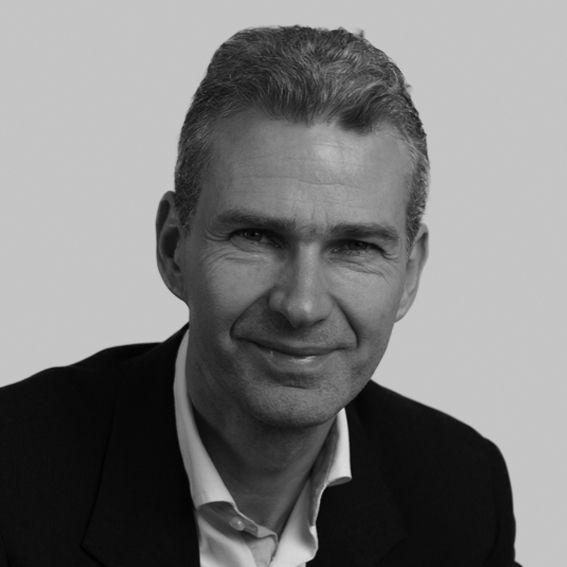 The Russian invasion of Ukraine has served as yet another unwelcome reminder as we enter the third year of the pandemic, that life is fragile and filled with uncertainty. Ordinarily, people invest in health insurance or prioritize job security as protection against the unpredictable but in the context of Covid-19 and now, war in Europe, health risks, and personal precariousness have presented themselves on a different and much larger scale. Holding more than one citizenship, with the range of personal access rights each guarantees, is the ultimate asset in a time of crisis and volatility.

The invisible barriers of one’s birth country are not insurmountable

Like the pandemic, the war in Ukraine will affect countries across the globe to varying degrees. In terms of the former, while lockdowns and social distancing measures have restructured socio-economic behavior everywhere, the virus has been better contained in some states than others, with the USA, for example, recording hundreds of thousands of deaths at the time of writing compared to under 200 fatalities in New Zealand.

While some of the discrepancies between countries relate to their relative population sizes, we still see vast differences in case and casualty numbers between relatively similar countries. Further comparisons can be made in terms of vaccination rates, with countries in the Global North generally having vaccinated far more members of their populations than those in the Global South. Vastly differing levels of vaccine access between countries has already led to what Dr. med. Andreas Brauchlin refers to in his essay in the Henley Global Mobility Report 2022 Q1 as “vaccination tourism”, with citizens of some countries structuring their travel plans as a means of securing the most widely accepted vaccinations.

In short, Covid-19 has presented us with a stark example of how any individual’s health, safety, and security can first and foremost depend on the country in which they reside. This is not a new idea but rather a different emphasis on a foundational form of global inequality. The country you are born in dramatically impacts the quality and extent of opportunities you will have in your life as well as the challenges you might face along the way. As Financial Times columnist Simon Kuper bluntly put it in a recent article, “watching Ukrainians fleeing west rubs in the simple truth: your passport is your fate.”

Dual citizenship as a response to global inequality

In recent decades, there has been an increasing acceptance of dual citizenship worldwide, a phenomenon that mitigates against birthplace inequality. Prof. Dr. Yossi Harpaz, a sociologist whose research examines the impact of globalization on national identity and citizenship, writes in Henley & Partners’ Investment Migration Programs 2022 report that by 2016 more than 80% of European and American countries had recognized and allowed dual citizenship. The most recent country to approve a law allowing its nationals to hold dual citizenship, which entered into force on 1 April 2022, is Slovakia. The Ministry of Interior of Slovakia also revealed that descendants of former Czechoslovak citizens born in the territory of Slovakia would be able to apply for citizenship. A few leading Asian states — notably India, China, and Japan — continue to oppose dual citizenship to varying degrees, but most of the developed world has acknowledged it as a legitimate status to have.

While the most common ways to acquire citizenship are based on where you are born or the citizenship of your parents, the last 20 years have seen various other avenues to citizenship open up and become progressively more popular. Citizenship can be acquired through marriage, by naturalization, through ancestral ties, or for those with the financial means, by investment — widely known as citizenship by investment. Many of these routes are being increasingly and strategically adopted by individuals seeking to mitigate risk, create opportunities, and preserve their wealth and legacy.

There are many advantages to having more than one citizenship, but the recent global turmoil has seen security, personal access rights and opportunity rise to the top of people’s lists. Some countries have far less crime than others, or are less prone to natural disasters, or better prepared for climate change, or enjoy greater access to quality healthcare. Furthermore, at times there are personal reasons that single out certain countries as being safer options. For example, certain individuals will likely feel far freer in countries that do not criminalize their sexuality, while asthmatics would face fewer health risks in less polluted environments. Ultimately, for many people the security benefit of dual citizenship is simply the peace of mind of knowing that if their country of residence were to face some unexpected catastrophe, they would have the option to relocate elsewhere.

On a general level, some countries have more employment opportunities and fewer people competing for them. Some citizenships — such as those of the EU member states — are extremely powerful in this respect because they enable you to explore work opportunities in many countries. EU and Swiss citizens and nationals of the European Economic Area are entitled to live and work throughout the EU. In more specific cases, highly skilled individuals might simply be qualified for work that is more abundant in other countries and regions than in their birthplaces.

As leading developmental economist Branko Milanović points out in his book Capitalism, Alone, around 60% of our lifetime incomes is determined by country of citizenship. He says “French and Malian citizens can be equally educated, experienced, and hard-working, but their wages will differ by a factor of 5 to 1, or even more, simply because one of them works in a rich and another in a poor country.”

Repatriation rights have come to the fore

Having multiple citizenships also opens up the possibility of traveling to a wider range of destinations more easily. Even in the context of a pandemic, which led to unprecedented travel restrictions, having a second citizenship proved extremely valuable because individuals are usually permitted to return to the countries of which they are citizens. This allowed dual citizens flexibility, even during travel bans.

Perhaps the most significant and expansive advantage of multiple citizenships is that they widen the range of options for investors and their families and enable them to access the life they choose depending on their needs and requirements. Over and above being able to choose somewhere safer or more lucrative to live, people might simply prefer one state over another based on any number of reasons, ranging from aesthetic preferences to ideological commitments. The ability to choose where to set up your life offers extraordinary power to define your reality and your future.

Even the holdouts have a degree of flexibility

While most of the developed world has moved past historical taboos associated with dual citizenship, the status is less normalized in Asia than elsewhere. This is exemplified by three leading states — India, China, and Japan — still officially not allowing their citizens to take on additional nationalities.

As legal scholar Prof. Peter J. Spiro points out, however, even these three countries do not always enforce their prohibitions on dual citizenship. Japan, which is ostensibly the most ideologically opposed to dual citizenship, allows room for birth dual citizens until the age of 22, at which point individuals must choose one nationality in favor of the other. Furthermore, while dual citizenship is banned in China, this ban is rarely enforced for its own sake but instead is used primarily as a tool to crack down on individuals attempting to use dual citizenship to avoid financial controls. India’s ban on dual citizenship is constitutional but the country nevertheless maintains a special category — Overseas Citizens of India (OCI) — for those of Indian origin. However, in what is believed to be a political move, in 2021 the Indian government introduced legislation to reduce the rights of OCIs.

The world has moved on. Even those countries that are most adamantly against dual citizenship appear ready to make certain pragmatic compromises in their application of such bans. In increasing numbers, policymakers acknowledge that rather than presenting an obstacle, dual citizenship opens up possibilities for sovereign states and their citizens. In today’s increasingly mobile and interconnected world, dual citizenship — already largely accepted as a global norm — is certainly here to stay.