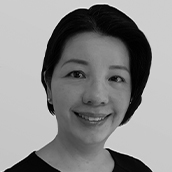 Denise Ng is the Director of Henley & Partners Hong Kong and Head of North Asia.

There has been a marked rebound in the investment migration market since the beginning of 2022, with a sharp pick-up in the number of enquiries Henley & Partners received from the East Asia region in Q1. Around 57% were from China, followed by Hong Kong and Japan.

It has been a difficult time for China. After two years of pandemic, many European and Asian countries have been opening up and lifting Covid restrictions since the beginning of the year, but China and Hong Kong were very slow to do so. Hong Kong began reopening in early May as it emerged from its deadliest Covid wave, and Beijing announced that it was easing quarantine rules for international arrivals. However, June has seen Covid numbers rising again in Hong Kong, and Shanghai and Beijing residents having new lockdowns, shutdowns, and mass testing drives imposed on them not long after they had celebrated restrictions being eased.

Needless to say, mobility has been seriously affected, with inbound flights forbidden and harsh quarantine requirements on those entering the country. Many Chinese cities, including tier 1 cities such as Shanghai, have experienced prolonged, strict restrictions. Shanghai was in complete lockdown for months and people were forced to stay at home, with no public transportation and schools closed. Beijing residents experienced localized lockdowns, public transport shutdowns, and enforced work-from-home. Manufacturing hub Shenzhen began to emerge from restrictions in late March after multiple outbreaks this year led to measures such as business shutdowns and three rounds of mass testing

In Hong Kong, schools were forced to close early from March onwards, government bodies and companies in the private sector enforced varying levels of work from home requirements for over six weeks, and even the central business district felt like a ghost town. Since mid-April, the Covid situation had been improving, with schools gradually reopening, employees of private companies returning to the office, and activity levels picking up. Chief Executive Carrie Lam has announced that curbs will not be tightened before the city’s handover anniversary on 1 July, but they will not be further relaxed either

All of these developments, coupled with the war in Ukraine, have made many wealthy individuals in the region seriously consider the need to seek alternative residence and citizenship as a way to reduce the risks they are exposed to. There was an 18% increase in the number of web enquiries that Henley & Partners received in Q1 compared with the same period in 2021. Last year, enquiries were subdued due to the pandemic but based on what we have seen in the first months of this year we expect the number of enquiries in 2022 to be similar to in 2019 –– our peak year for enquiries in North Asia.

With signs that the number of enquiries is increasing and applications are being processed more quickly, we expect 2022 to reach the same levels as 2019, the year before the onset of the pandemic.