Hong Kong is a diverse, leading metropolis offering a unique blend of Eastern and Western traditions. It is one of the world’s most business-friendly cities and has a world-class infrastructure. Hong Kong enjoys an open economy with a free market and low taxation. It is an important international finance and trade center.

Download the Hong Kong factsheet from the residence tab to find out more about the program. Alternatively, contact us directly for any specific questions.

The Hong Kong Special Administrative Region (HKSAR) is one of the most cosmopolitan cities in the People’s Republic of China.

Situated at the southeastern tip of China, Hong Kong is ideally positioned at the center of rapidly developing East Asia. With a total area of 1,110 km2, the region covers Hong Kong Island, the Kowloon Peninsula, and the New Territories, as well as 235 outlying islands. Hong Kong was established as a British colony in 1841 and was reverted to Chinese sovereignty on 1 July 1997, under the terms of the Joint Declaration of the Government of the United Kingdom of Great Britain and Northern Ireland and the Government of the People’s Republic of China on the Question of Hong Kong, 1984. At that time, Hong Kong became a special administrative region of the People's Republic of China (HKSAR), retaining its current economic, social, and legal system for a minimum period of 50 years after 1 July 1997. Since the transition, Hong Kong has continued to run its own affairs with complete autonomy.

Hong Kong was ranked 1st by the Heritage Foundation’s 2019 Index of Economic Freedom, making it the world's freest economy. Hong Kong is also a major trading center and has a population of approximately 7.49 million.

A legal and business environment

The legal system in Hong Kong is based on English common law and an increasingly comprehensive body of statutory law passed by the local legislature. Hong Kong is well-populated with law firms including a number of overseas firms from Australia, Canada, the UK, and the USA. The language of the law and largely of business is English. The local language is the Cantonese dialect, and Mandarin is increasingly spoken in Hong Kong. The Hong Kong Government has generally adopted a policy of 'maximum support and minimum intervention' and provides the most business-friendly conditions possible, including the rule of law, personal liberty, and a clean and efficient administration.

Since October 1983, the Hong Kong dollar has been pegged to the USA dollar at the rate of HKD 7.80 to USD 1, and there are no exchange controls. Hong Kong acts as a regional business center in Asia, with well-established commercial links with most other Asian countries. Hong Kong is in a special position with regard to business in China. With China's entry into the World Trade Organization (WTO), Hong Kong is well positioned to increase its role as China's major commercial and financial link with the international world. Also, Hong Kong has signed a bilateral free trade agreement known as the Closer Economic Partnership Agreement (CEPA) with mainland China.

Communications throughout Hong Kong are excellent and, in particular, telecommunications are efficient and cheap.

Hong Kong is a major international financial and trading center, with a large representation of banks, insurance companies, merchant banks, fund managers, venture capital companies, and other financial intermediaries. During the postwar period, the local economy developed rapidly in the field of manufacturing, based largely on textile and garment production and other consumer goods industries such as toys and electronic products. With the rapid development of the Chinese economy since the late 1970s, manufacturing has increasingly moved out of the HKSAR and into China, although some high value-added manufacturing remains. There is little heavy industry in Hong Kong and the economy is increasingly dependent on services. Civil aviation, shipping, travel and tourism, trade-related services, and various financial and banking services are the main components of trade in services.

Hong Kong is also popular as a location for regional headquarters for many multinational companies and has been successful in growing substantial local companies in fields such as hotel management, property development, and telecommunications. The local economy is dominated by the real estate sector, which is active both within the HKSAR and overseas in countries such as China, Malaysia, and Vietnam. Hong Kong has independent membership of several international bodies such as the WTO and, for most international purposes, is and will continue to be treated as a separate entity from China. 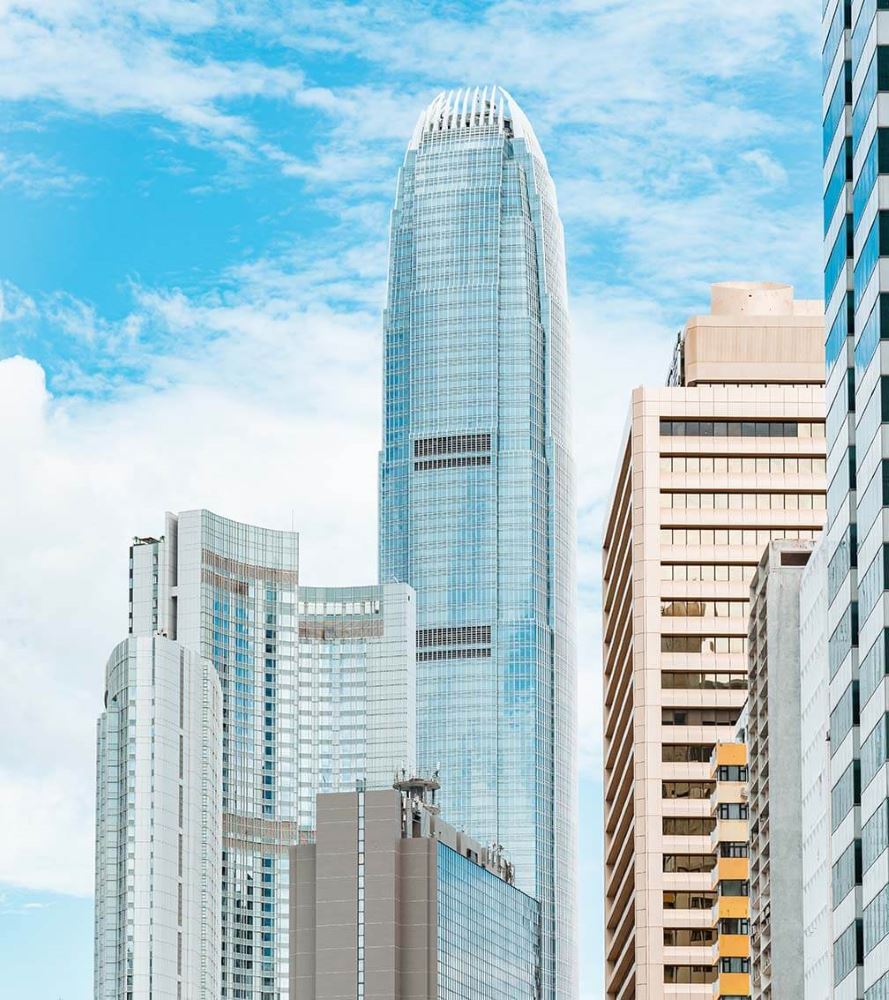