With one of the highest GDP per capita in the world and a AAA credit ranking, the Grand Duchy of Luxembourg is the ideal destination for investors and entrepreneurs seeking a rich business landscape and an attractive alternative location for private residence. The founding EU member state offers an excellent quality of life and advanced infrastructure.

Download the Luxembourg factsheet from the residence tab to find out more about the program. Alternatively, contact us directly for any specific questions.

Luxembourgish residents benefit from the country’s status as the largest private banking center in the Eurozone, as well as its top 10 World Happiness Report ranking.

One of the world’s smallest countries, Luxembourg lies in Northwestern Europe and has an impressive standard of living. The country is bordered by Belgium on the west and north, Germany on the northeast and east, and France on the south — making it an excellent choice for international trade and connectivity, as well as a melting pot of cultures.

Luxembourg ranks 8th out of 149 countries on the World Happiness Report 2021, with the score based on measures including GDP, social support, corruption levels, and personal freedom.

The country’s expatriate community, which comprises almost half of the population, is drawn to the EU nation’s open society, along with its cosmopolitan aesthetic and renowned quality of life.

Families living in Luxembourg enjoy the safe and family friendly environment, high-standard healthcare (which grants all citizens with basic state-funded medical cover), and a multilingual education system that is almost fully state-funded. Foreign students are welcome at Luxembourg University, one of Europe’s most international academic institutions — with students from 120 countries around the world.

In addition, Luxembourgers can take advantage of the world’s first free public transport, traveling freely by bus, train, and tram.

The Grand Duchy of Luxembourg has a long tradition of private wealth activities.

Its AAA credit ranking is ideal for business endeavors. Luxembourgers benefit from the country’s strong financial industry, which has developed as a private banking center and grown into a truly diversified hub for investment funds, banks, and insurance and reinsurance companies.

Its economy is notable for its close connections with the rest of Europe and its strong EU ties.

The country is the world’s only remaining sovereign grand duchy, with a constitutional monarchy and a representative democracy.

Luxembourg is one of the EU’s original founding members and, as such, has the highest number of EU institutions and bodies.

Luxembourg City, the nation’s capital city, is one of the four official capitals of the European Union — alongside Brussels, Frankfurt, and Strasbourg — and hosts the seat of the Court of Justice of the European Union, which is the highest judicial authority in the EU.

The nation boasts a comprehensive and effective social security system that includes family benefits such as birth allowance, maternity and paternity leave, and adoption and parental leave, among many others. 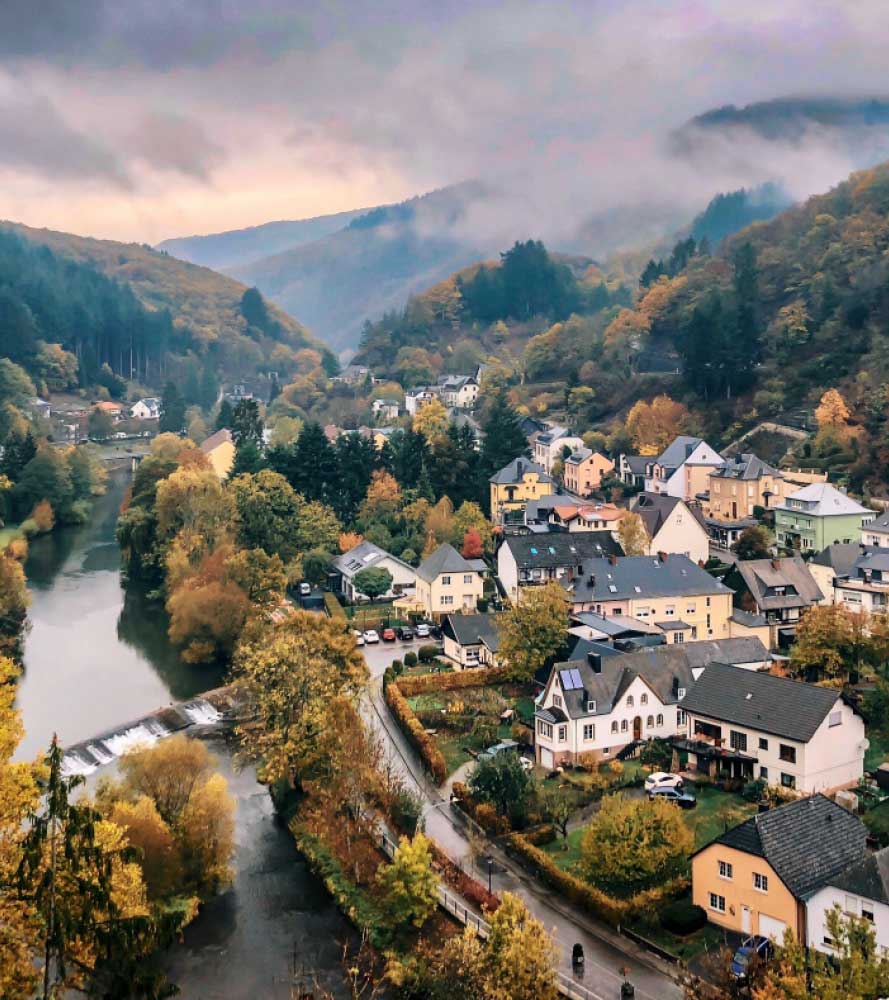