John Milne spent almost 25 years in the independent school sector in the UK and internationally. Having graduated from an IVY League college in the USA, he then qualified as teacher in the UK and then spent eight years working in both British and American international schools in The Philippines, initially as High School Principal at the British School, Manila, before becoming the Principal of Brent International School, Manila.

Having returned to Bristol, UK, in 2005 to be a Head at Clifton College, John moved into a business career in 2018, establishing The Constellation Education Group. 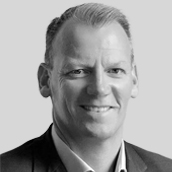