Peter Boland is the Group Head of Risk and Internal Audit for Henley & Partners. While this role encompasses the firm’s global operations, Peter is based in Dubai where he has lived for the past 10 years, employed in various senior internal audit, compliance, and supervisory roles with HSBC and the Central Bank of the UAE, prior to retiring from HSBC in 2015. Peter’s global banking career spans over 40 years since he joined HSBC as an International Manager in 1980. Peter worked with HSBC in a variety of frontline customer-facing services as well as control roles in Bahrain, Hong Kong, India, and New York, prior to relocating to Dubai in 2005 when he was appointed the Regional Head of Internal Audit for the Middle East and North Africa. Peter holds Bachelor of Arts and Bachelor of Law degrees from Monash University, Australia and is an Associate of the Chartered Institute of Bankers of the United Kingdom. 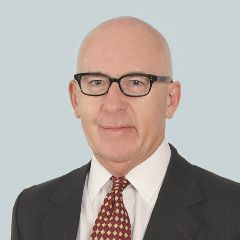