Peter S. Vincent is a member of the Henley & Partners Executive Committee and oversees the firm’s Government Advisory department. He is a recognized expert on counter-terrorism, global security, money laundering, human trafficking, narcotrafficking, and international relations. Prior to joining Henley & Partners, Peter worked as General Counsel of Thomson Reuters Special Services. Previously, he served with the President Obama administration as the Principal Legal Advisor, Acting Director of the Office of International Affairs, and Senior Counselor for International Policy with the US Department of Homeland Security, Immigration and Customs Enforcement. In this capacity, Peter led legal and international programs across 60 offices in the USA and 48 other countries. Prior to that, he served with the US Department of Justice at the USA embassy in Bogotá, Colombia. He also currently holds the position of Assistant Director General for International Policy for BORDERPOL. Peter is a frequent guest analyst on global television programs, and his editorials have appeared in major newspapers worldwide. 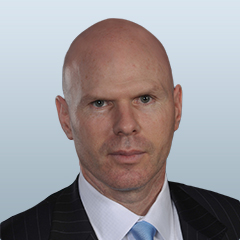