Dusty Amroliwala is a retired Air Commodore who has served in the RAF, the Home Office, the Cabinet Office and as Deputy Vice Chancellor of the University of East London. He holds an MA in International Relations (King's College London) and an MBA (Imperial College London) and is a graduate of the Royal College of Defence Studies. He has also served on a number of NHS Boards, most recently (until 2019) as Chair of the North Middlesex University Hospital Trust. In 2017, Dusty become COO Verification and Attestation Services at VFS Global. He was made an Officer of the British Empire by Her Majesty the Queen in 1999. 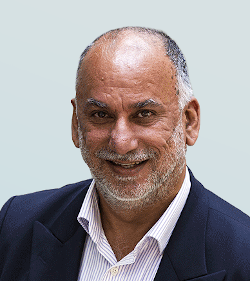