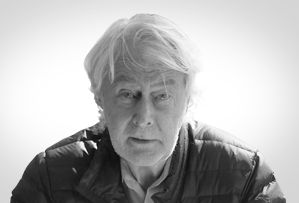 Prof. Dr. Padraig O’Malley received the 2019 Henley & Partners Global Citizen Award in recognition of his work on conflict resolution and reconciliation in Northern Ireland, South Africa, and Iraq. As an expert on democratic transitions around the world, Prof. O’Malley works off the premise that cultures in conflict are in the best position to help other cultures in conflict work towards building peace and stability.

He has been deeply involved in the peace process in Northern Ireland, playing a critical role in bringing together opposing factions and laying the groundwork for the Good Friday Agreement. In South Africa, he chronicled the transition from apartheid to democracy and is recognized as having played a central, largely unsung, role in that transition. In Iraq, he persuaded leaders of the country’s warring political and religious factions to meet in Finland for discussions that would form the basis of a peace agreement. He has monitored elections in Mozambique, South Africa, and the Philippines and facilitated critical discussions between representatives of some of the most divided societies on earth, including Bosnia and Herzegovina, Kosovo, Lebanon, and Nigeria.

Prof. O’Malley has written extensively on the subject of divided societies and the promotion of peace, and his model of behind-the-scenes diplomacy is widely regarded as transformative. He is the John Joseph Moakley Professor of International Peace and Reconciliation at the University of Massachusetts, Boston, a senior fellow in the Center for Development and Democracy, and the head of the Forum for Cities in Transition.